This post is brought to you by Seven Daughters. All opinions are 100% my own. 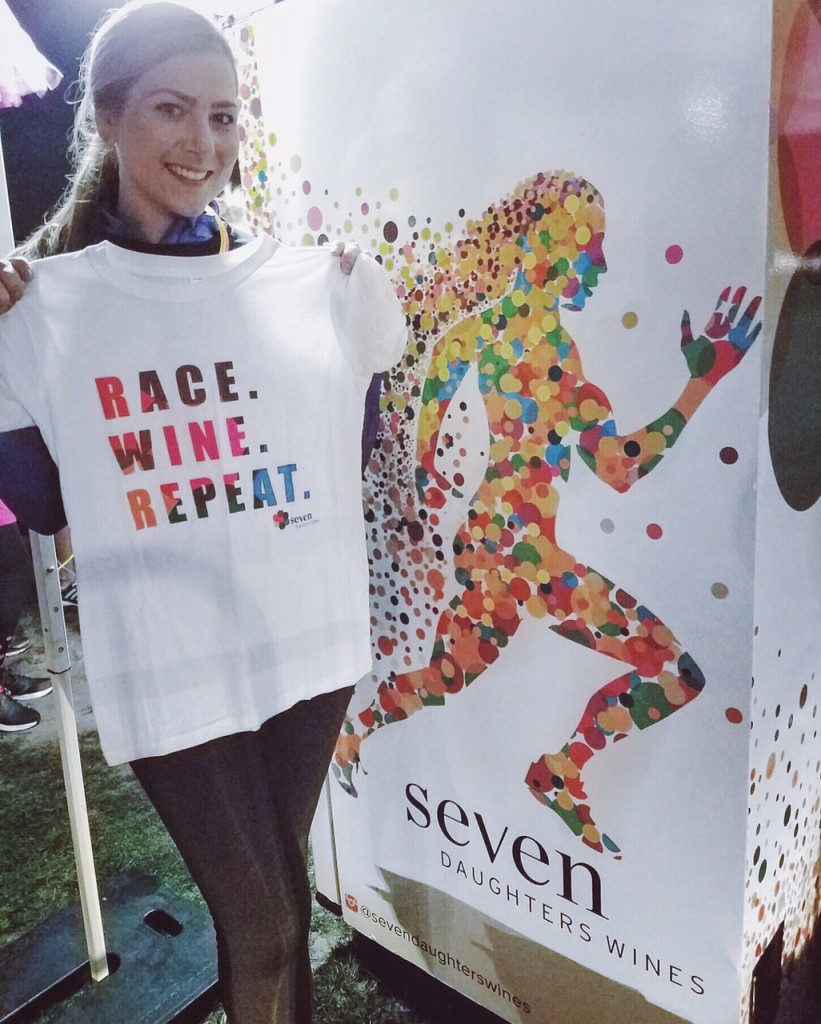 Last weekend, my fiancé and I attended the Nation Night Run in Shakopee for a night of fun with Seven Daughters. The best part about this race is that it is totally meant to be a good time! No need to worry about beating old personal records, just there to gather with your community and have a great time. In fact, Seven Daughters’ motto was to “Race. Wine. Repeat.” That’s exactly how I like to roll in life!

Life is truly about finding a balance. There is just too much going on to constantly worry and be uptight. That’s why last week, I was enjoying a glass of Pinot Noir from Seven Daughters with my pup on Friday night and running a 5k (okay and some walking) on Saturday night. I love living an active lifestyle, but I also need to take time to enjoy the things I love – including a delicious glass of wine every once in awhile! 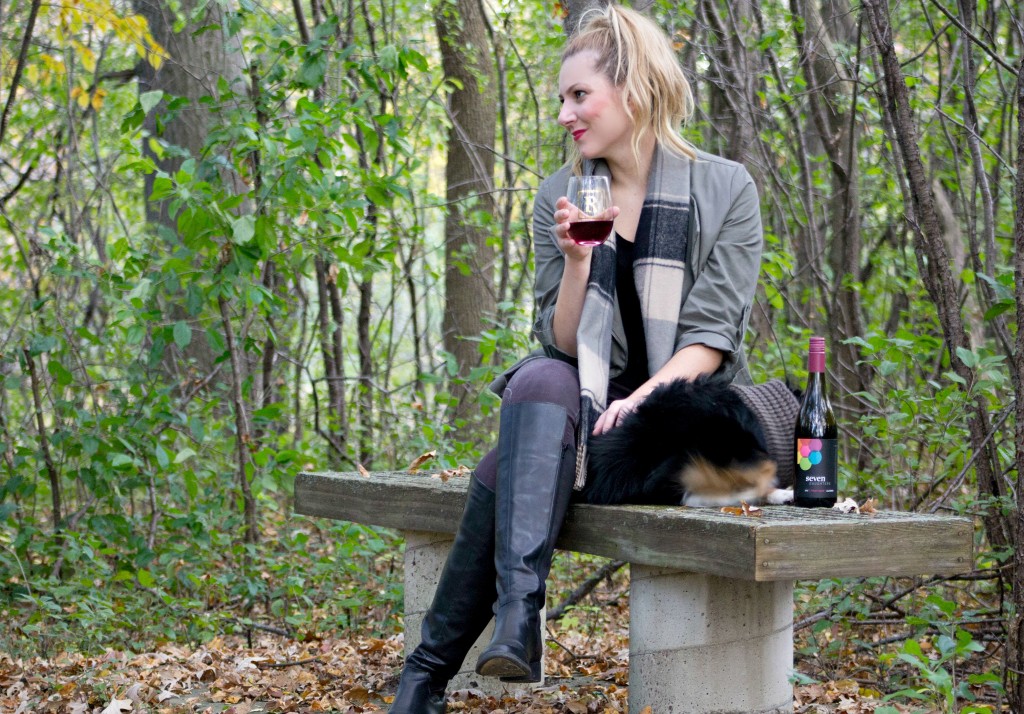 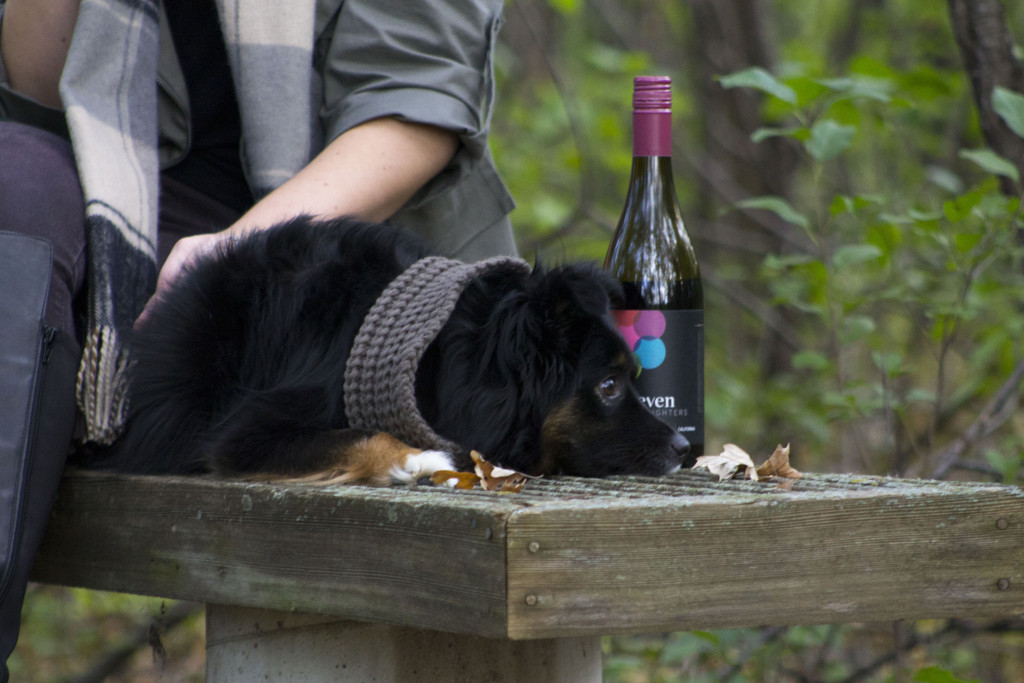 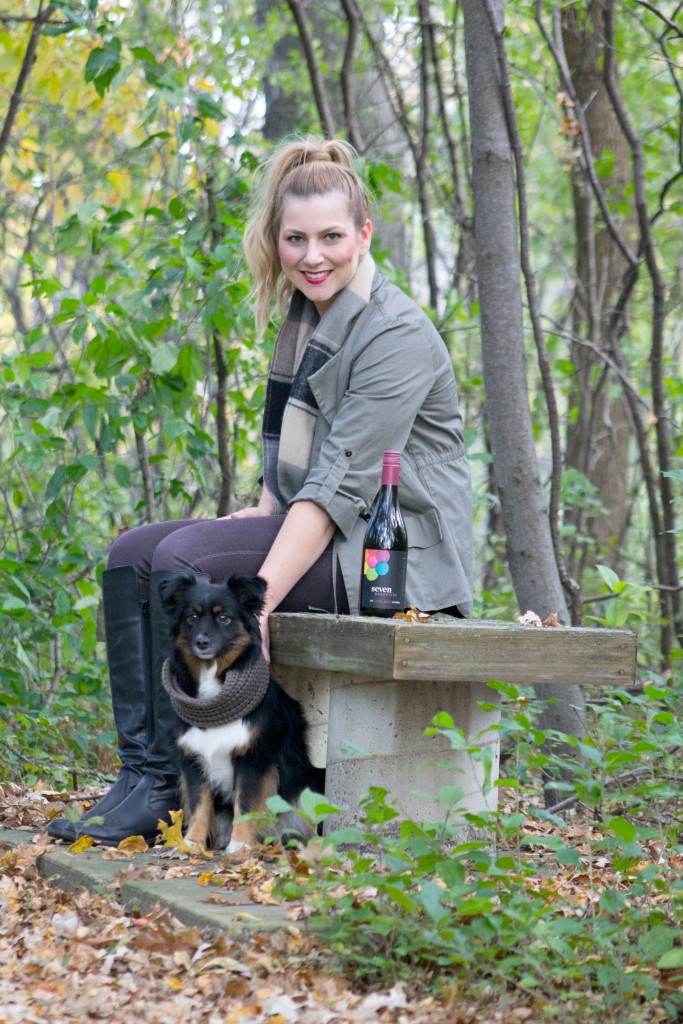 When we got to race on Saturday night, the stage was already pumping with some amazing EDM music, and tons of people enjoying their glow sticks while dancing to warm up before the race. 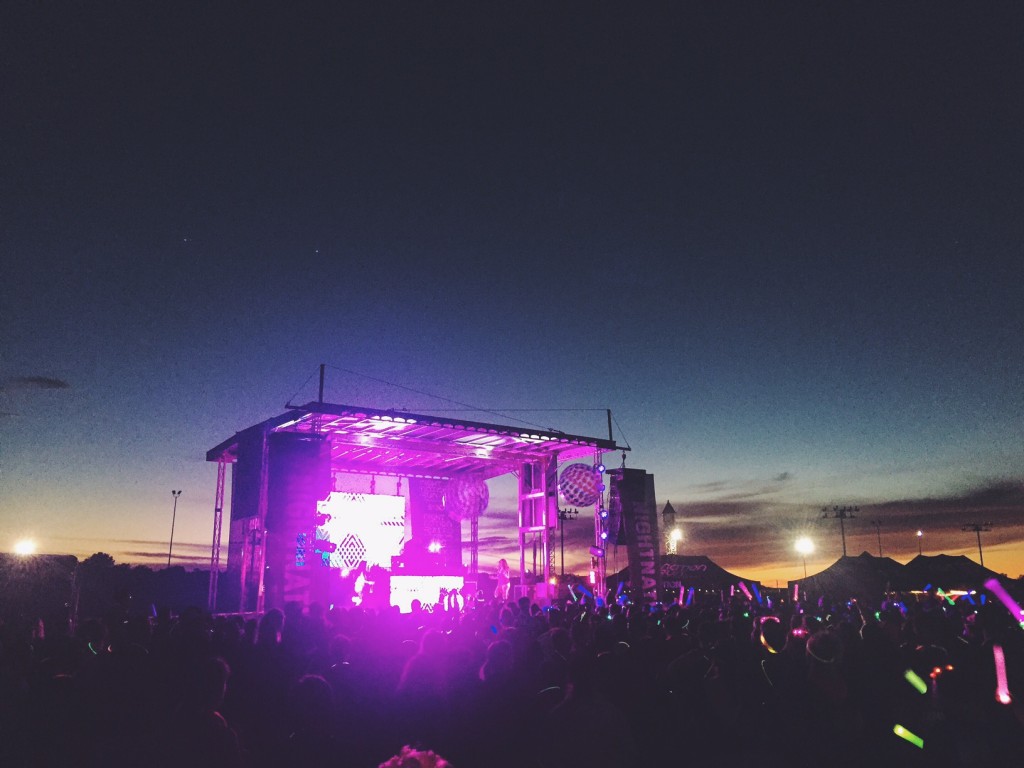 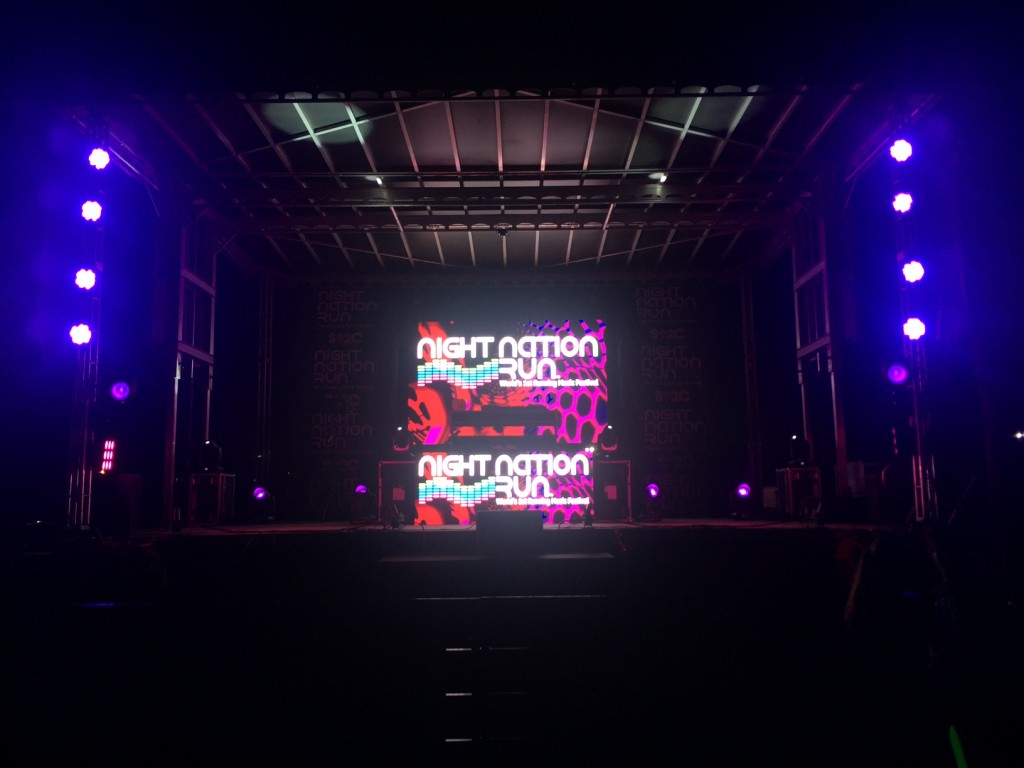 The race is unlike anything I can truly explain! At the start, it was already really dark outside and we all had plenty of light-up props to help us along the course path. My fiancé and I were quite pumped to have light-up glasses and glowstick necklaces. For each wave, they did a huge countdown and really pumped us up! People were already having such a great time before the race, it truly was one big racing party. 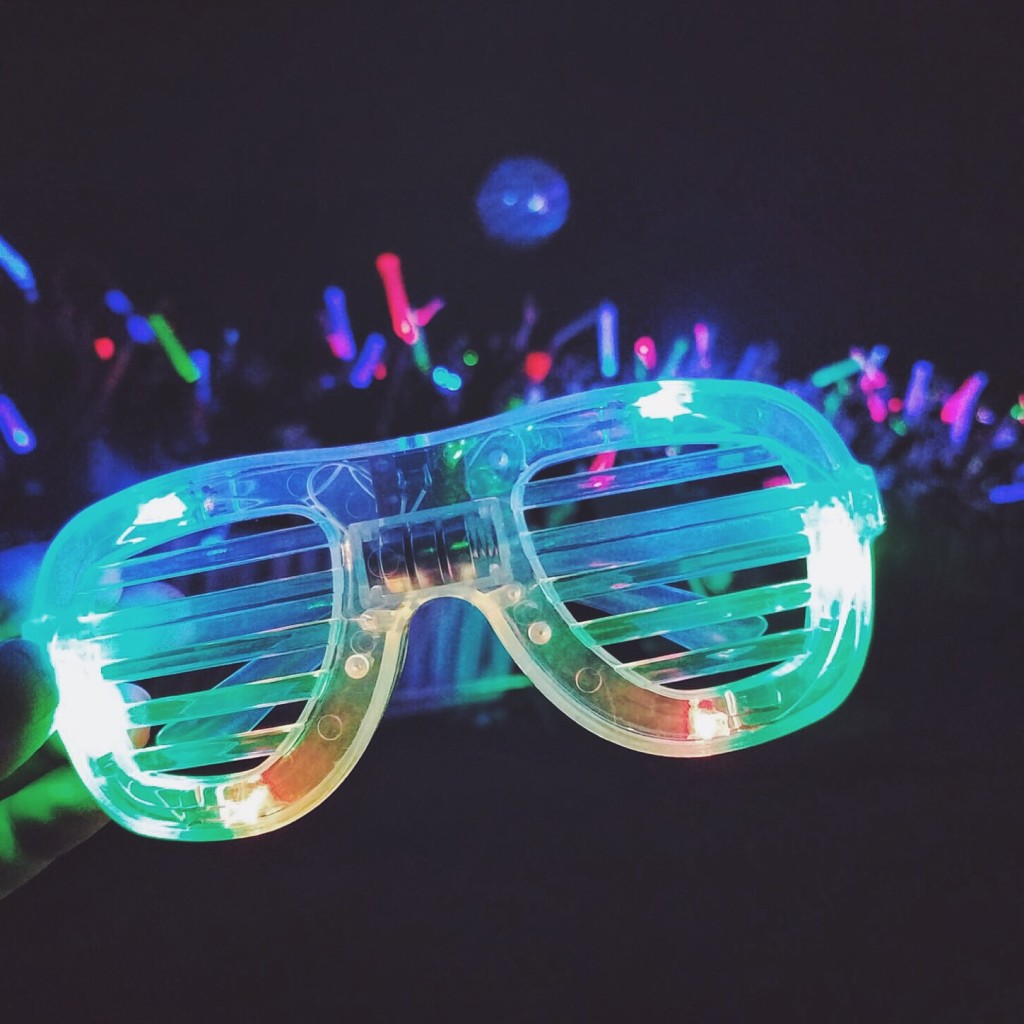 Throughout the race, there were different stops. We ran the beginning and then walked to check out some of the stations. These stations included a Selfie Station, Party Stations (with a full line of adult beverages), DJ Dancing Stations, and live music being played out of wireless speakers. The whole race, we were surrounded by a community of people having so much fun and it was a blast just watching all the light-up gear. It was one of the most exciting events I’ve ever been a part of! After running, though – I always need a good remedy to help my feet – which tend to get blisters! Discover more here about my favorite treatments! 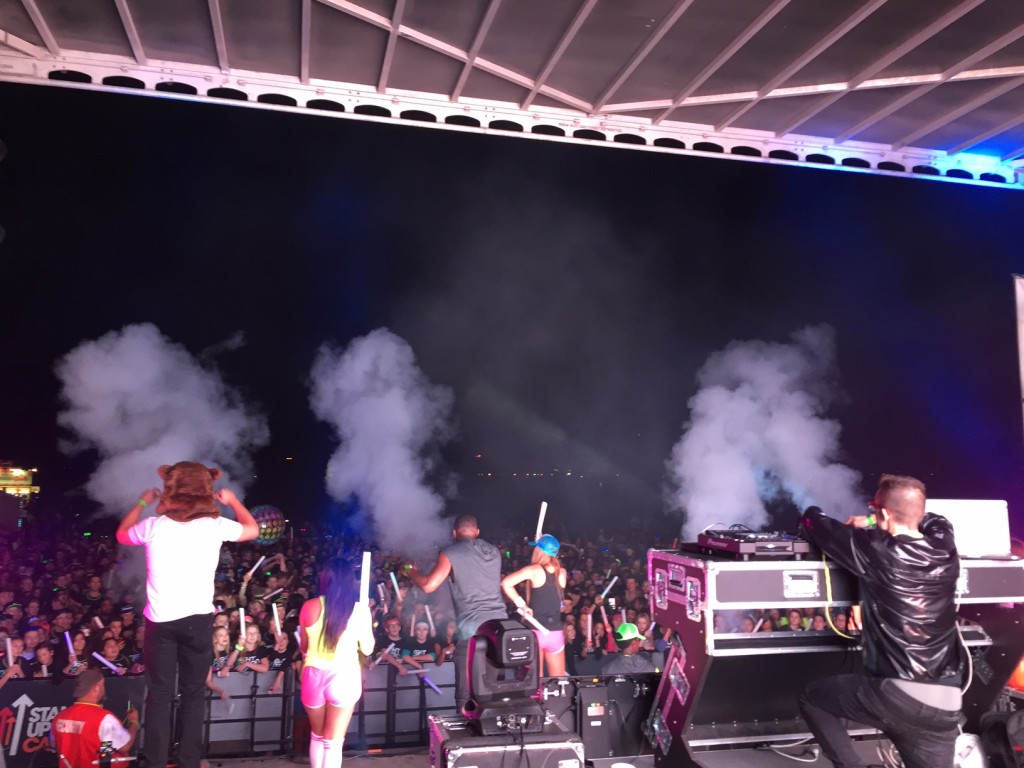 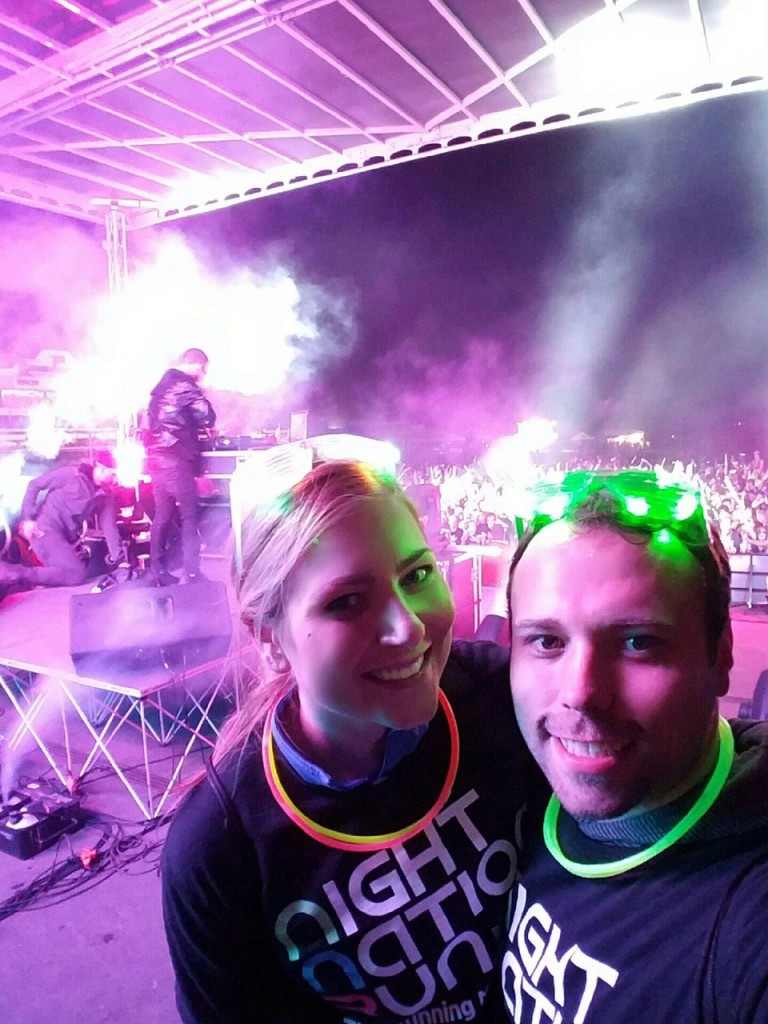 After the race, we met up with Seven Daughters again and got to go backstage! It was beyond amazing! As you can see, we got a selfie on stage with the party going on in the background. Truly an unforgettable experience! I had so much fun throwing light-up sticks out into the audience and dancing to the amazing DJs behind stage. Oh, and there was a guy dressed up like a bear. That was also a highlight. So in conclusion, there is no way I would ever miss another Night Nation Run, especially the chance to #RaceWineRepeat! #SevenDaughters #AddaSplashofColor

Previous Wedding Wednesday: 10 Things I’ve Learned about Wedding Planning
Next 2016: A Year in Review | The Good, The Bad, The Ugly 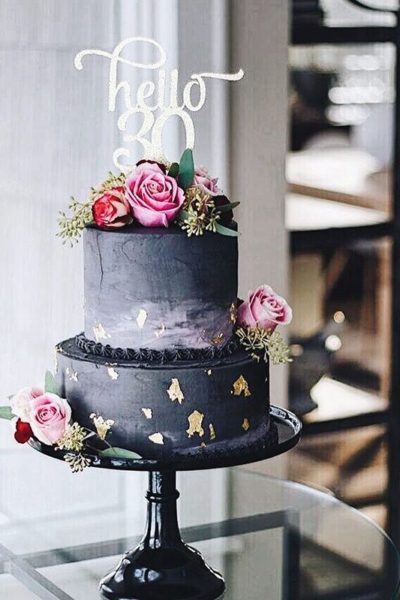 My 30th Birthday Party: How I Celebrated 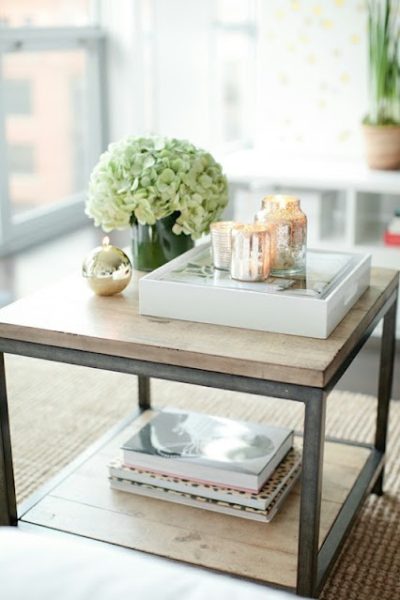 How to Style your Coffee Table for Summer...

[AD] The results are in, and they are RADIANT! My

#ad You guys, I'm SO excited to introduce the new

Spent the day at an apple festival 🍎🍎🍎 an

They’re burning all the witches even if you aren

I missed the obligatory 1st day of fall pic, so in


Error: API requests are being delayed for this account. New posts will not be retrieved.